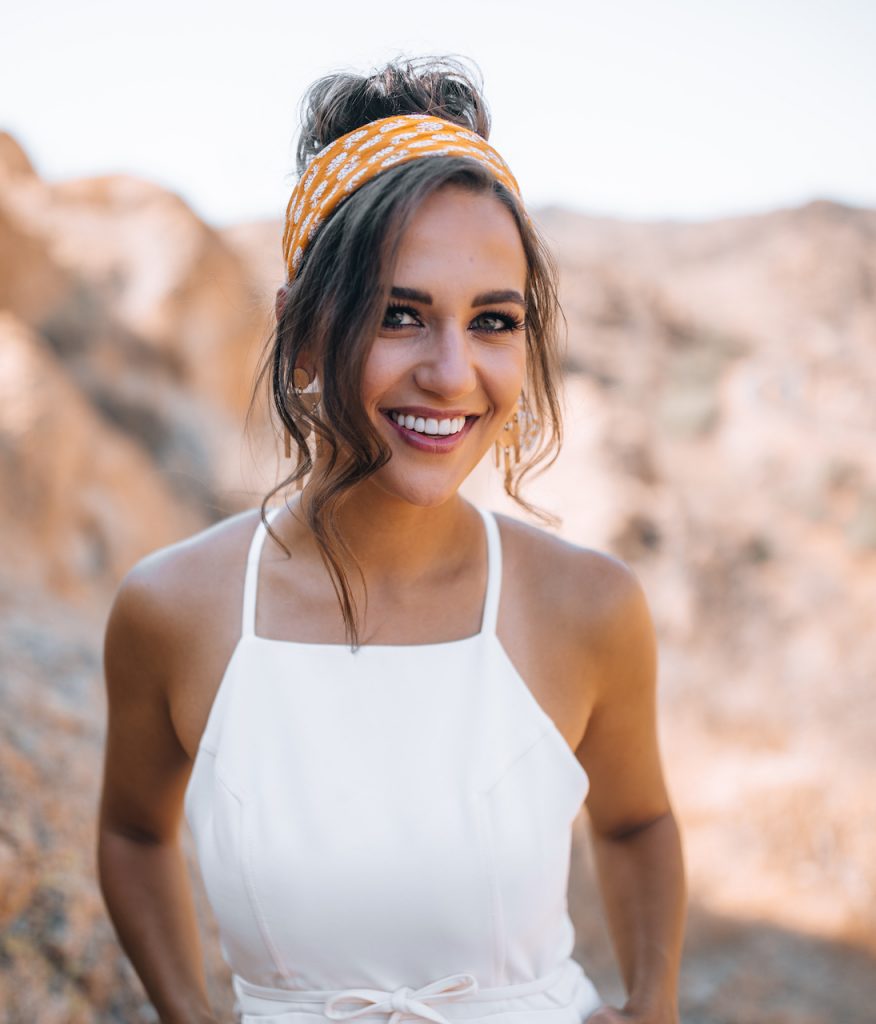 How many dads can say their daughter wrote a hit song about them and featured them in the music video? That’s precisely what talented newcomer and country singer-songwriter, Jennifer Smestad has done with her RECORDS/Sony Music Nashville debut single, “Half the Man.” These days, her father, Captain Gary Smestad, is having a hard time walking through LAX without being interrupted on the way to his next flight, and he has his daughter to thank for his rising celebrity status.

In the opening line of “Half The Man”, Smestad sings, “Growing up, there wasn’t much my daddy couldn’t fix.” Then in her warm, euphonious voice she paints a portrait of her father’s strength and dependability, and shares her hope of finding a man that’s half the man he is. The song swiftly struck a chord with listeners, and now, it has become a staple at weddings across the country. “The song blew up on TikTok,” says Smestad, who admits she wasn’t very familiar with the app when she first uploaded a homemade clip.

“I put together a video of me recording it in the studio and singing live when my dad was in the audience,” she continues. “I was thinking, ‘maybe it will get a couple thousand views.’ I posted it at 2am and woke up the next morning to about 37,000 views. Then, it was going up about a thousand views a minute. I was watching it go viral. It was so cool. It started blowing up on YouTube, Spotify, iTunes and Apple Music.”

The 27-year-old soon began fielding label offers, and eventually signed a recording deal with RECORDS/Sony Music Nashville. The official video for “Half The Man” features current footage of Smestad with her father, as well as home movies from her childhood. A native of Gilbert, Arizona, Smestad grew up listening to a homestyle mix of 90s country, from Garth Brooks to Faith Hill to Shania Twain. Jennifer has been entertaining crowds since she was three years old and often shared the stage with her big sister in a singing and dancing group. Despite her obvious talent and drive to perform, she encountered challenges early on that nearly derailed her ambitions.

“When I was 10-years-old, I was diagnosed with Tourettes Syndrome, OCD, and social anxiety,” she says. “It was so severe, I would drop out of a lot of my recitals because I was so afraid to go sing, let alone even be in public.

Faith and family were the anchors that helped her through that tumultuous period in her life. “My family was so supportive,” she recalls. “Without them, it would have been much harder,” she says.  “When one person is diagnosed with that, it’s like the whole family is diagnosed. Their support, the power of prayer, and my acupuncture specialist, Dr. Jing Liu, made a world of difference. It changed my life.”

In high school, Smestad became a cheerleader, which helped her overcome her fear of being in public. At the time, because of her anxiety, she was giving private speeches to her teachers instead of to her full class. When her final year of high school came around, however, she decided she didn’t want to be treated differently.

“I really desired to be in student council my senior year, but in order to do that, you had to give a speech in front of your entire class,” she recalls. “My senior class had about 800 people in it. I was freaking out, but I wanted it so badly that I decided to change lyrics in a popular song at the time and actually sang why they should elect me into student council.” She won the election, and it was a turning point in her life.

Coming a long way from her days spent in fear of the spotlight, Smestad went on to participate in pageants and earned the title of Miss Arizona 2013, which she won after competing in only three pageants. “I never grew up in pageants, so I didn’t realize how much community service and real tools that will help you in life are involved in a pageant until I competed. It actually turned out to be incredible.”

With nothing but a Bible and a clear vision, Smestad moved to Nashville in October of 2016 having garnered a wealth of performing experiences, from Miss America to churches to ballparks to various country music venues. Smestad continued the craft of writing songs and finding her identity and voice as a performer.Now, the talented newcomer has emerged as one of Nashville’s most impressive young artists. She’s smart and thoughtful, with a playful, sassy side that quickly endears her to audiences.

“My dad would sing Garth Brooks to my sister and me before bed when I was little,” she remembers. “I just love country music. I love that you can write a song about something that’s so real and someone will listen with relatability. I’m grateful that I get to celebrate the bond of my family with ‘Half the Man’, and others get to do the same.”

“I’m hoping that when I’m 70-years-old people are using that as their father/daughter dance song,” she says.

In the meantime, Captain Smestad is trying to catch his next flight while visiting with his daughter’s fans in the airport. “I love it. And you can tell, he just loves it,” Smestad says with a grin.  “It feels good because things are coming full circle. After years of my mom and dad supporting my career, this is just really cool.” 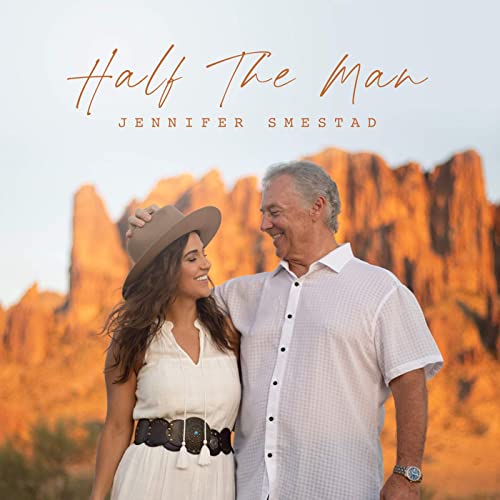 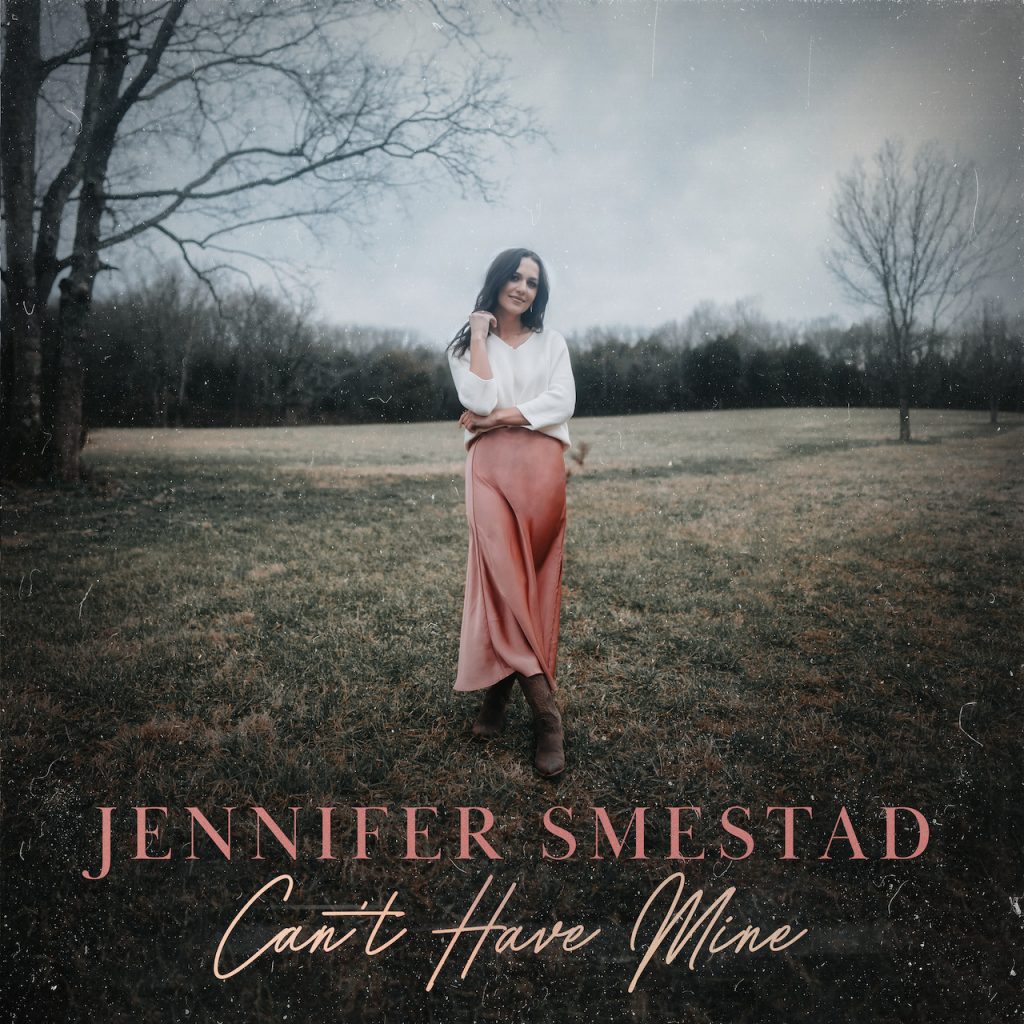